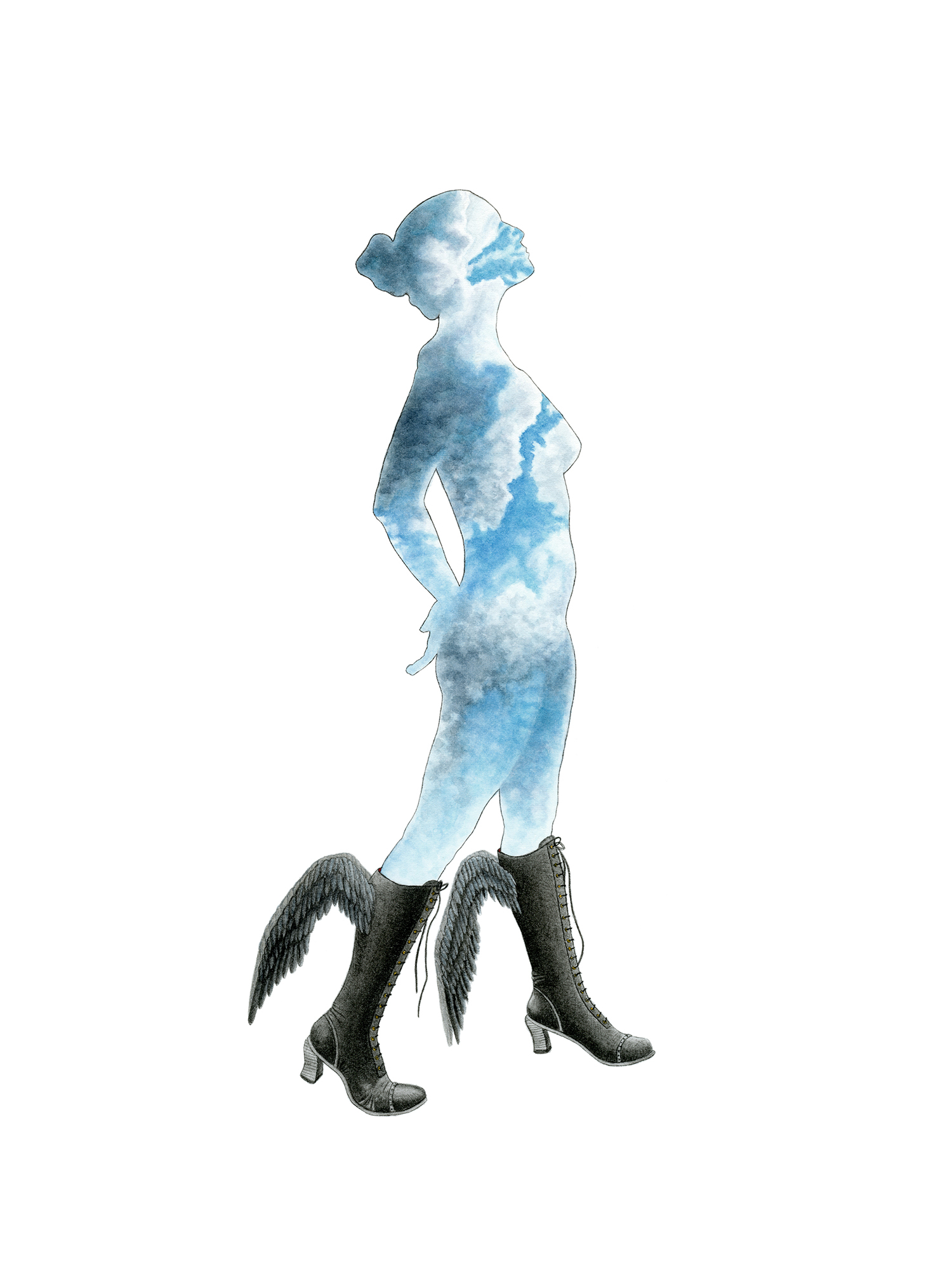 I was recently asked if I would make a print of my watercolor painting ‘Let’s Just Say Perseus Won’t be Needing His Boots Anymore.’ Thanks to my client’s interest, and after a lot of research and trying several different printers, the print is now available as a Limited Edition Giclee on my website here. It is also available framed in a 12 x 16 white wood frame, matted, with plexiglass.

I sent the client the story behind the painting which is as follows:

Let’s Just Say Perseus Won’t be Needing His Boots Anymore refers to the golden winged sandals that Perseus acquired in order to bring the head of Medusa (poor Gorgon) to Athena. My imagination was ignited by reading Edith Hamilton’s “Mythology: Timeless Tales of Gods and Heroes” as a girl. It wasn’t until I got older, that it occurred to me, to question why the men got to have all the fun (have winged footwear – not murder Gorgons.)

The boots in this painting are a pair I couldn’t resist once I spotted them in a shop window in SoHo, minus the raven wings of course! It’s all about the boots – the ones that make you feel like you could take on anything, even ascend among the clouds.

After receiving the story my client was curious what the boots depicted in the painting looked like in “real-life”, so I sent her pictures. My favorite part of these boots is the pistachio lining, which no one but me gets to see, it’s a little secret! My client shared a picture of her own fabulous boots, complete with wings!