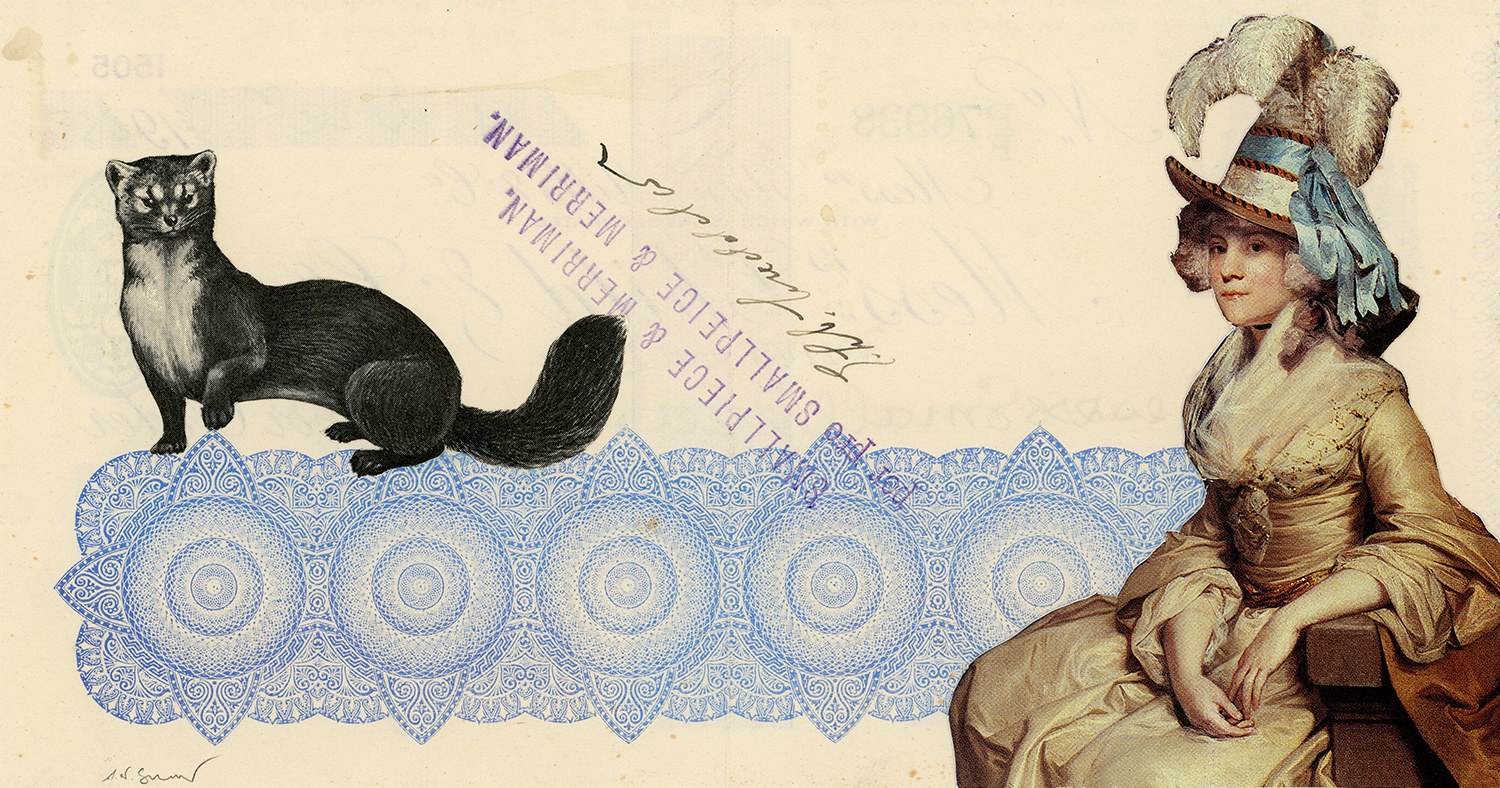 ‘Elizabeth, Lady Taylor, Countess of Warwick, was considered to be quite accomplished in the art of aspects, bitchy resting face in particular. Little else is known of this enigmatic lady.’
Checks & Balances, Vintage and decorative paper collage on 1930’s bank check, 7.5″ x 4″ 2018

I spent time as a child living in London. My parents took me to tour as many museums and great houses as they could to soak in the culture. As a result, I began to admire the work of Sir Joshua Reynolds, the first president of the Royal Academy and villain of my much beloved Pre-Raphaelite movement. After looking at his portraits for many years, I have begun to focus on the female sitters. Their lives and personhood interest me. The title refers to the fact that there is often very little written about these women, we have only their aspects by which to judge them. They often appear as an accessory to their husbands and evince little in the way of emotion. I began to see hints of something in their expressions, especially when they are excised from their surroundings, they often look put-upon and unhappy. The pairing of the these seemingly very expressive angry weasels with the women gives vent to what I imagine are their feelings.

This piece is currently on view at The Fisher Gallery in my exhibition Milagros in My Pocketbook until October 6th, 2019.